Sat slumped in triage the monitor persistently beeped 156,157,158 my heart rate continued to soar. I was taken straight into resus; no 6 hour wait in A&E for me today. I was placed in a lovely gown and electrodes positioned around my body. An ECG was done promptly. The doctor on duty came and asked me questions whilst keeping one eye on the machines. He repeatedly asked  if I had chest pain or any pain in my jaw and down my arm “no, I just feel unable to catch my breath, sick, shaky, dizzy, thumping headache and extremely fatigued”. It was Sunday night, I had been going like this since Friday but the stubborn voice in me continued to say, ‘it will settle’. Sunday came around and things were seemingly deteriorating I knew it wasn’t safe for me to sustain such a heart rate so I reluctantly agreed to get checked out.
A few months previously I had seen a cardiologist who I had been referred too based on my tachycardia and autonomic symptoms. The cardiologist had done a quick bedside active stand test and felt it reasonable to book me in for a tilt table test to investigate POTS (Postural Orthostatic Tachycardia Syndrome). I wasn’t nervous about the tilt table test, I had so many invasive tests in the past, I remember thinking how hard can it be being strapped to a bed and tilted, piece of cake, I thought.
Tilt table test arrived, myself and my dad went over to the cardiology department at the hospital. I started to feel a little uneasy, not scared just uneasy, the fear of the unknown I guess. My name was called and I walked into a very dimly lit room to be greeted by two cardiology nurses. We discussed my symptoms and they went on to explain what the test entails. Electrodes and monitors would be placed to record my blood pressure and heart rate continually throughout the test. I would be strapped to a table lay flat until they obtain a reasonable baseline heart rate, once a baseline is established the table will then be tilted to an angle of 60-70 degrees where I will stay throughout the duration of the test. I must remain quiet throughout the test (hardest part of the test for me, I thought) only talk to relay any symptoms I may be experiencing.

Image taken from pots.org
I lay hearing the continual irritating beeps of the machines thinking to myself ‘let’s get this show on the road and tilt me’. After around 15 minutes the table was tilted. I was NOT expecting to feel how I felt. Suddenly my heart began to race feeling like it was beating out of my chest, an overwhelming heat came over me and I began to feel sick and dizzy. I relayed this straight away to both nurses who acknowledged me and then remained quiet. After a while my legs and feet began to burn and itch, I peeped down at my feet, yep they were purple. This was an all too familiar symptom I had since being a teenager. I nicknamed it ‘The corned beef legs’ Its blood pooling in the legs and It was a frequent occurrence throughout my life. I could not stand for too long as it would happen and have to fidget and keep moving around to stop it. At High School, there was no way I was letting anyone see the corned beef phenomenon and I lived in tights, even in the height of summer id be baking but putting socks on was not an option, I was too paranoid. I of course did not know why this was happening throughout the years. Finally, the table was tilted back to flat and I was told to just lay quietly. At this stage I felt like I was going to be sick, visibly sweating, headache, dizzy and my corned beef legs felt like they were on fire. The straps were finally removed and I was sat up slowly. The nurse asked how I was feeling. “Awful, I was not expecting that at all, is that even normal?” she sat next to me and explained that my baseline heart rate was 64 BPM and upon tilting quickly shot up to 135 BPM and continued to rise, on tilting back my heart rate stayed up at 128 BPM and eventually went down to 86 BPM. The nurse said the hearts response to being tilted was abnormal and that I did in fact have POTS. I would get a follow up appointment to discuss a management plan with my cardiologist.
Back in the waiting room my Dad was sat, he had waited the whole time. “I’ve got it” there those three unattached words rolled off my tongue again. Walking out of the hospital I explained to Dad what the test entailed and what my bodies response was and that we can now add POTS to the diagnosis list. I remember thinking I had spent so many years without a name for any of my symptoms in the space of a few months I now had two. I felt terribly unwell and just wanted to get home. The after effects of the test lasted weeks.
Fed up and frustrated constantly using an oximeter to monitor my heart rate I purchased a Fit bit which recorded my heart rate all day long, logging it on a graph. It soon became apparent my heart rate was not always high it was in fact the complete opposite and very low. I contacted my cardiologist and he suggested having a 7 day holter monitor fitted.
The monitor was attached to my chest and side and fitted around my neck. It had to stay in place for 7 days and I was to record any symptoms and what activity I was doing at the time. The monitor was extremely uncomfortable throughout the 7 day period however I was told it will be minor irritation from the pads. When removed it became clear this was not the case and I had reacted badly and was burnt. A week back and forth to the hospital for dressing changes commenced.

When the results came in, it showed as well as high heart rates there was in fact low readings in the late 40’s and 50’s causing me to feel breathless. I was experiencing both tachycardia and bradycardia. This made medicating POTS somewhat difficult as the medication I was due to be prescribed slowed the heart down and as I was experiencing both this was not then an option.
I liken living with POTS to that of having a permanent hang over. As it is caused by the dysfunction of the autonomic nervous system which controls everything our bodies should do automatically, its effects are equally as broad ranging.

The simple act of standing up must be undertaken carefully as I will either faint or feel extreme dizziness (pre-syncope) which is a sign to tell me to sit back down before I faint. On standing my heart often behaves like that of a marathon runner 20 miles in, however all I have done is stood up. The heart pounds out of my chest, initially this used to make me panic but I got used to it after a while and have come to expect this sensation as the norm. Add in orthostatic headaches, a sort of pressure within the head when you stand you can imagine standing isn’t on my top 10 list of things to do but a necessity every day.

Reading taken a matter of seconds after standing up.

I often feel hazy, fatigued and weak. Brain fog can kick in whereby you feel your thoughts are in a fluffy ball of clouds and unclear. I often forget words mid-sentence a bit like when we go into a room for something and when we get there we forget what we’ve gone in for. It’s like that but frequently throughout the day.

Tremors are a big part of POTS for me and can be quite troublesome. My whole body can shake and hands visibly tremor ,which can make carrying my cuppa into the room a challenge (really need to ditch the cream carpets).

I can become short of breath and not necessarily on exertion either, this one is a scary one as sometimes it feels like I am grappling for a big enough and fresh enough breath in.

My body is unable to regulate its temperature which is a nightmare. I could be sat in the room with a normal temperature and all of a sudden an overbearing heat comes over me, in the space of 20 seconds I feel like I have been placed into a roaring fire and will find myself having to do a rapid ‘Full Monty routine’ (terrible sight) and cover myself in cold flannels.

I am plagued by my digestive system which is also linked to the autonomic nervous system.

My bladder is also effected which can be linked to both POTS and EDS.

There are many overlaps between both conditions making it difficult at times to differentiate whether POTS or EDS is at play.

Hi, I'm Ali, I have taken a step into the blogging world to document my journey living with Ehlers-Danlos syndrome, POTS and a fused neck. I hope my blog can help others in knowing you are not alone in chronic illness, whatever illness that may be and give you a little insight into what life is like for me now. Although my illness is pretty much a full-time job at the moment, when able I enjoy music, movies podcasts and gluten free baking. I’m also a bit of a space geek 🌒🚀🌍 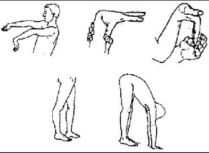 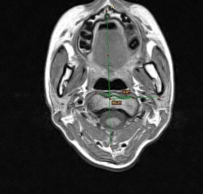 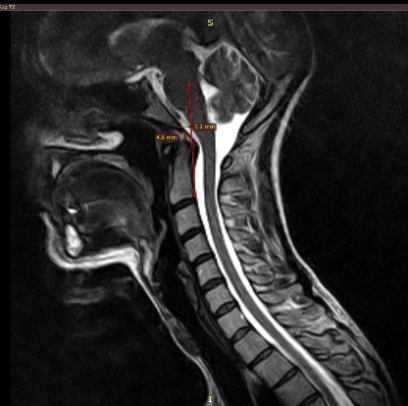 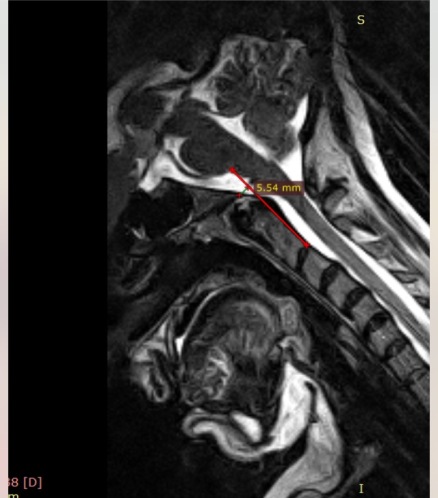 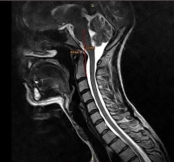